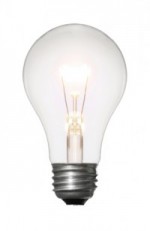 The Surprising Power of Saying “Don’t”, “Can’t” and “Shouldn’t”

Your unconscious mind ignores words like “don’t”, “can’t” and  “shouldn’t”. It only hears what comes next e.g. don’t think of a blue tree. You have to think, “blue tree” to not think of it.

But it goes beyond simply THINKING of the thing because your unconscious mind does what it’s told. This means you actually begin to manifest what comes after your “don’t’s”, “can’t’s” and “shouldn’t’s”!

So, everyday, people are trying to be their best but partly because of the way they talk to themself, they are unknowingly sabotaging their own success. This is all happening at an unconscious level.

Check out some common examples of what I’m talking about below.

Test: Does This Apply to You?

Find out if this applies to you by answering the following questions.

Manifest an Even Better Life

Here’s how you can use this concept to communicate better with your unconscious mind and ultimately build a better path to your own personal success.

Here are some examples of how to rephrase and embellish old ideas into new ones that will ultimately give your unconscious mind a message worth manifesting.

Take one statement that you make about what you don’t want and rephrase it into something you do want. Then add an embellishment that makes your new statement really sparkle for you.

Over the course of the week listen out for every time you say the words, “don’t”, “can’t” or “shouldn’t”. When you catch one, make sure you are giving your unconscious mind the right directions on what you want to manifest.

I’d like you to imagine that over the next two weeks you have developed a keen awareness of every time you say “don’t”, “can’t” and  “shouldn’t”.  With this awareness you stop and make new choices about what you do want in your life.

Fast-forward to three months from now. Now, look back at how all of those decisions have helped you not be distracted with what you don’t want. You notice instead, how you have honed your focus to what you actually want. You may even start to have a sense of how making what you want happen feels a bit easier than it did in the past.

Hit the ground running with these 5 Simple Tools