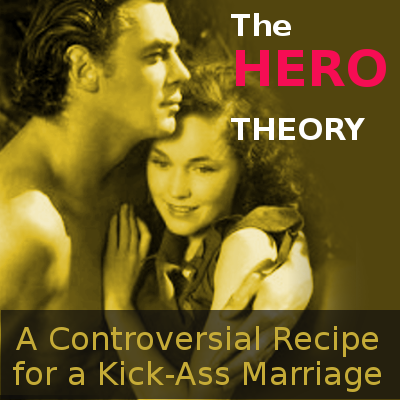 A Controversial Recipe for a Kick-Ass Marriage (the Hero Theory)

With 40-50% of all marriages in most western countries ending in divorce, you may be wondering if your relationship will pass the test of time? If you are reading this, you probably know that sharing your life with another person is an amazing gift to give someone and there is nothing quite like being in love. You probably also know that when the honeymoon period wears off it can be tough to continue to work as a team and keep the romance fresh. This is because most of us have no training in how to be a good partner. We just do the best that we can with the resources currently available to us and make up the rest as we go (kind of like becoming a parent). No wonder the divorce rates are so high!

So, Why Am I Talking About Marriage and Divorce?

Today, I’d like to teach you one of my all-time favorite coaching concepts called, The Hero Theory. When I first learned this theory, it not only generated a serious light bulb moment for me, it also improved my marriage – which was already very good!

Now, when I teach the Hero Theory to my life-coaching clients, it’s an ‘ah-ha’ moment every time. The Hero Theory is basically the foundation material you need to know in order to keep your loved one happy and to have eyes for only you.

Before I get into it, I should warn you that you might find the thoughts in this article a little controversial. These ideas go against what modern – especially Western – society has influenced most of us to think about the roles of the man and woman in a relationship. Warnings aside, I can assure you that if you and your partner are willing to try out this new set of rules for even a day you will be amazed at what you learn about yourself, your partner and the strength of your relationship.

Imagine You Are a Caveman or Cavewoman 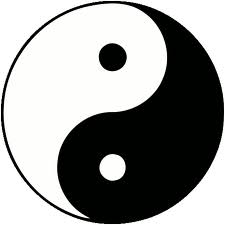 The Hero Theory takes its roots from the good ol’ pre-historic days, allowing for some artistic license in, perhaps, romanticizing a little. Back then; men were men and women where women because that’s the way it had to be to keep the family, not to mention the species, alive.

Together, couples created a synergy of yin and yang. The division of labor was clear and balanced. A man protected the family from dangerous hazards (like saber-toothed tigers) and a woman selected and learned how to retain a man that kept her and her family safe.

The man understood that the woman was vulnerable and he took care of her. The woman appreciated her man for keeping her safe.

And that, dear reader, is actually all there is to it. But let me explain.

The Fundamental Difference Between a Man and Woman

A woman and a man want different things from their partner – its biological.

As simple as this rule sounds, it’s being broken by countless couples everyday. This is partly because we tend to ‘do unto others as we want done to us’. So, women are trying to understand their husbands (by having a meaningful conversation) and men are trying to show appreciation for their wives (with their natural talent for saying the wrong thing at the wrong time). And no one is really happy.

It Gets Worse Before It Gets Better

This mismatch has been compounded with the modern, western perception of the roles for man and woman. Today, mostly thanks to the woman’s liberation movement, modern women are pressured to be fiercely independent and strong, and the knock-on effect has been that men are supposed to be super-sensitive and attentive. These are both fine characteristics to have, provided they are complimented with other characteristics as well.

The sensitive male must also be his woman’s hero and the independent woman must allow her man to take care of her – and appreciate him for it. If this does not happen you end up with women wearing the pants and doing all the work in an unbalanced relationship.

Worst of all, and unbeknownst to the woman, her need to prove herself essentially castrates her partner, who can then never be her hero. At the same time, it strips her of what it is to be a woman – that amazing mix of strength and vulnerability.

If you can see even hints of what I’m taking about in your own relationship then you will be happy to know that there is an actionable way out of this situation. The solution is different if you are a man or if you are a woman and I’m afraid to say that the men get the hard job.

Men, there are two main things you need to know about your woman to keep her happy:

Why Do Women Test Their Men?

A woman constantly tests her man. It’s biological. She tests him to make sure that he is always alert and ready to protect her and her children from any unexpected danger.

With very little around that is dangerous, the modern woman creates her own danger, most likely in the form of stress, and throws it at her man to see if he can handle it. If he handles it and remains by her side she feels confident that he will stay with her and keep her safe – he passes. If he deserts her she feels vulnerable and rejected – he fails.

A woman’s man must be her hero. To do this, her man must pass her tests (no matter how harebrained they may be!).

Your Woman’s Favorite Time to Test You

You can probably guess this one. The best time to test is when you are calm and relaxed.

When she knows that you can go instantly from relaxed mode to hero mode she knows for certain that you will be able to protect her from danger anytime: a true hero.

Imagine this. You’ve just settled into the sofa with a snack, a cold drink and an anticipated sporting event to watch on television. You are thinking, “Ahh! Life is good.”

Then all of the sudden, out of nowhere, your partner picks a fight with you about some seemingly random thing. You say to yourself, “Where the hell did that come from?!@#!”

She is testing you.

Another good time to test is when you are driving together. It’s the same test. Out of nowhere, she criticizes something you do.

Tests Your Woman Uses and How to Pass Them

I hope that you are starting to get the idea here?

Your woman will go to extreme means to make sure that you are here for her no matter what. Warning: the first time you try this she is very likely to throw everything she’s got at you until she realizes that you are indeed the hero she has been waiting for.

As all communication goes, your timing with each response will be crucial. Remember it’s OK to have a few goes and even get it totally wrong a few times while you learn to master your timing. Your persistence will be worth it.

When you are tested, as hard as it may sound, you need to tell her that you are here for her, no matter what. Reassure her that it’s all going to be OK. Hold her and pet her hair.

Be patient. Be strong. Be there for her.

What Men Need to Think At All Times: Your New Mantra

Men, if there is an overriding thought that will help you to become the golden hero your woman is looking for, it is this:

“Give me all you’ve got woman. I’m still here.”

Being the Hero Has Many Benefits

When a man continually passes his tests the tests slow down and can even disappear. This is because the woman finally has the evidence she needs to trust her man and she is able to let go of being the man. In this situation the woman is freed to be something she is, probably unknowingly, longing for, to be vulnerable and also strong. The partnership becomes complete – yin and yang.

The added bonus is that when she trusts her man, intimacy improves. This means a better sex life.

A Final Tip for the Advanced Heroes Out There

Once she let’s go and starts trusting you, she starts to lie about what she wants (its just a more subtle test, just to be sure!).

If you suspect this is happening, just say, “ That can’t be all of it – what else is on your mind?” You may need to ask up to 30 times before you will get the truth.

Be patient. Be strong. Be there for her.

Remember you are helping her overcome inherited, primal insecurities – a deep seeded fear of being alone and vulnerable.

As you can see, and thanks to you, your man has a hard job ahead of him! What you need to know most about your man is that he does not need to be understood. He just wants you to appreciate him.

Give your man the opportunity to be your hero. When he does something that pleases you tell him how much you appreciate him.

If your man regularly goes into his ‘man cave’ it can be a symptom of him being fearful that he is not the man that you need. See if you can help draw him out by giving him the chance to be the leader and your hero.

Remember those two sentences I told you to re-read twice? Here, read them again:

“The man understood that the woman was vulnerable and he took care of her. The woman appreciated her man for keeping her safe.”

Now, imagine that, as a couple, you both adopt this mindset and the rules that go with it. During your first week you may giggle and tease each other because it feels new and funny. Later, you may experience a few hiccups. You could even have a huge argument where you both vent and are able let go of some deep emotions you’ve been repressing all these years together. Eventually, together, you master the Hero Theory. You become closer than you ever thought was possible. Intimacy is amazing and your sex life reaches new heights. Together you have become yin and yang – all Woman, all Hero.

Hit the ground running with these 5 Simple Tools